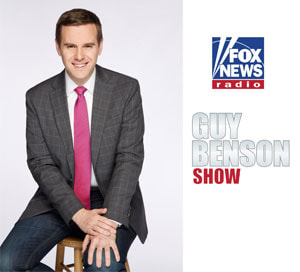 Guy Benson is the Political Editor of Townhall.com and a FOX News Contributor.  He joined the network in 2013 providing political commentary across FOX News Channel (FNC) and FOX Business Network's (FBN) daytime and primetime programming. In 2015, Guy was named to Forbes magazine’s ‘30 under 30’ law & policy list. Two years later, The Huffington Post included Guy in its 2017 roster of the ′25 top millennial broadcasters in American news and politics′.
​
Throughout his career, Guy has served as a Media Fellow at Stanford University's Hoover Institution and a Visiting Fellow at Harvard University's Institute of Politics. He is the recipient of the College Republican National Committee's biannual Lee Atwater ‘Outstanding Young Conservative’ award. Benson is also the co-author of ‘End of Discussion’ and graduated with honors from Northwestern University's Medill School of Journalism in 2007.