the best of rob carson 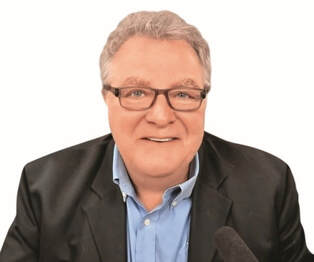 Rob Carson's Comedy Was Featured on The 'Rush Limbaugh Show' for Over 20 Years...Rob is a talk radio veteran who knows how to inform and excite an audience — and even make them laugh . . .
Few knew how to truly build an audience using informative news, exciting talk and humor better than Rob Carson.
A veteran talk show host, comedy writer and podcaster, for years Rob was one of the "secret sauces" behind the success of Rush Limbaugh's radio show.
Then Rob started his own video show on YouTube called Rob Carson's What in the World . . . and it developed such a huge following, it got the notice of media powerhouse Newsmax.
Soon, Newsmax signed Rob to a weekend TV show, putting his What in the World in over 100 million homes. And the public loved it! His TV ratings shot up over 40% in just months and continue to grow.
But Rob is at heart a radio genius and media phenomenon.
So The Rob Carson Show was born as a nationally syndicated show backed by Newsmax Radio.
"The Rob Carson Show" launched on Baltimore's WCBM 680, airing Noon to 3 p.m. Eastern.
Stations like WCBM get the big benefits of his show:
Rob's radio show features provocative political commentary, but he's never extreme.
He hits the biggest news topics and mixes in media audio clips as he adds his own hilarious "stream of consciousness" comments.
Listeners love it as they laugh out loud.
In addition to newsworthy guests, Rob makes callers a big part of his show, his fellow Americans are his cast!
Rob shares a name with his childhood idol, Johnny Carson, who grew up just 10 miles from his hometown of Neola, Iowa.
Rob has worked in some of America's largest markets, including New York, Chicago, Washington, D.C., San Francisco, Dallas, Philadelphia, and Kansas City.
"Rob Carson provides talk radio's listeners with information that really matters," said Newsmax CEO Christopher Ruddy.
"Conservative talk needs real news with some entertainment," added Marc Beaven, General Manager of WCBM/Baltimore, flagship station for show. "That's what Rob did with Rush and what he'll do for us."