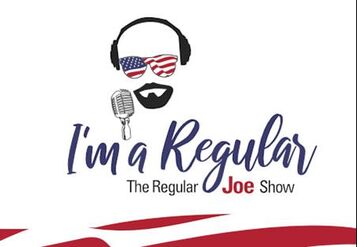 Your home for consistent conservatism without apology! Reasoned, mature and in-depth, host Joe Giganti digs deep to expose the facts about what’s really going on and how to be a force for truth, justice, and, yes, the American way. Politics, culture, sports, entertainment…there are no safe spaces in this discussion!
Joe Giganti is host of #1-rated The Regular Joe Show, a regionally syndicated talk program heard weekday mornings throughout most of Wisconsin from 9:00–11:00.
The network consists of its flagship station, WTAQ (AM 1360 & 97.5 FM), Green Bay, WI, where the show airs from 8:40 – 11:00 a.m.; WSAU (AM 550, 95.1 FM & 99.9FM), Wausau, WI; and WHBL (AM 1330 & 101.5 FM), Sheboygan, WI.  The combined seven radio signals cover more than two-thirds of Wisconsin.
His 30+ year career in broadcasting began at age 13, when he snuck out to meet the top-rated local DJ and ended up as a guest on the show.
He is the founder of Wisconsin Strong—a new non-profit dedicated to defining and energizing the conservative movement in the Badger State.  Joe is a founding board member of the N.E.W. Culture Institute and co-founder of Verum Vitae 365, Inc. (PRO: Veer-um Vee-tay), which means Truth of Life.  Additionally, Joe provides messaging consulting through his media mojoe brand.
Joe has worked in virtually every facet of the media, marketing and communications world, including roles in executive leadership, broadcasting, public relations, crisis management and political strategy and campaigns.
A native of Washington, DC, Joe has an intimate understanding of the interaction between non-profits, think tanks and government. Since moving to Wisconsin in 2007, he has been very active in state and local politics through his extensive network.
Joe and his wife, Kristin, are the proud parents of five children.